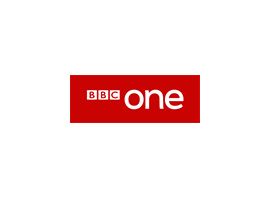 BBC One is the flagship television channel of the British Broadcasting Corporation (BBC) in the United Kingdom, Isle of Man and Channel Islands. It was launched in 1936 as the BBC Television Service, and was the world´s first regular television service with a high level of image resolution.

For the first fifty years of its existence, with the exception of films and purchased programmes from the United States and elsewhere, almost all the channel´s output was produced by the BBC´s in-house production departments. This changed following the Broadcasting Act 1990, which required that 25% of the BBC´s television output be out-sourced to independent production companies. By 2004 many popular BBC One shows were made for the channel by independents, but the in-house production departments continued to contribute heavily to the schedule.

The channel was named Channel of the Year at the 2007 Broadcast Awards. BBC One has individual continuity and opt-outs for Scotland, Wales and Northern Ireland. Each variant maintains the BBC One logo with the addition of the country name beneath it.