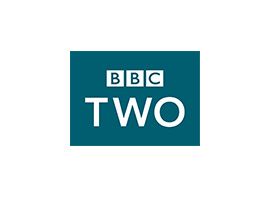 BBC Two is the second television channel operated by the British Broadcasting Corporation (BBC) in the United Kingdom, Isle of Man and Channel Islands. It covers a wide range of subject matter, but tending towards more "highbrow" programmes than the more mainstream and popular BBC One. Like the BBC´s other domestic TV and radio channels, it is funded by the television license, and is therefore commercial-free. It is a comparatively well-funded public service network, regularly attaining a much higher audience share than most public service networks worldwide.

British television at the time of BBC2´s launch consisted of two channels: the BBC Television Service and the ITV network made up of smaller regional companies. Both channels had existed in a state of competition since ITV´s launch in 1955, and both had aimed for a populist approach in response.

BBC Two also has regional variations in the nations: Scotland, Wales and Northern Ireland. The Nations versions of BBC Two share the same idents, but with the nation name in the BBC Two box. BBC Two Scotland shows a lot of specifically Scottish programming on the channel, as well as its sister channel BBC One Scotland, and the schedules are often mixed around to match. BBC Two Northern Ireland and BBC Two Wales both have the option to opt out, however they generally stick to the network schedule, only opting out a couple of times each week. Until December 2008, BBC Wales broadcast a special, digital-only channel, BBC 2W, which contained more opt-outs than analogue-only BBC Two Wales. BBC Scotland occasionally broadcast Gaelic-language programmes under the banner BBC Two Alba.