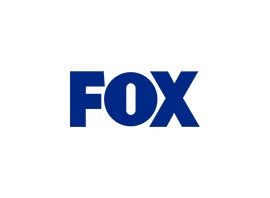 The Fox Broadcasting Company (commonly referred to as Fox; stylized as FOX), is an American commercial broadcast television network that is owned by the Fox Entertainment Group subsidiary of 21st Century Fox. The network is headquartered on Pico Boulevard in Los Angeles, with additional major offices and production facilities at the Fox Television Center in Los Angeles and in Manhattan. It is the third largest major television network in the world based on total revenues, assets, and international coverage.

Fox and its affiliated companies operate many entertainment channels in international markets, although these do not necessarily air the same programming as the U.S. network. Most viewers in Canada have access to at least one U.S.-based Fox affiliate, either over-the-air or through a pay television provider; although Fox´s National Football League telecasts and most of its prime time programming are subject to simultaneous substitution regulations for cable and satellite providers imposed by the Canadian Radio-television and Telecommunications Commission (CRTC) to protect rights held by domestically based networks.

The network is named after sister company 20th Century Fox, and indirectly for producer William Fox, who founded one of the movie studio´s predecessors, Fox Film. Fox is a member of the North American Broadcasters Association and the National Association of Broadcasters.

20th Century Fox had been involved in television production as early as the 1950s, producing several syndicated programs during this era. In November 1956, the studio purchased a 50% interest in the NTA Film Network, an early syndicator of films and television programs. Following the demise of the DuMont Television Network in August of that year after becoming mired in severe financial problems, NTA was launched as a new "fourth network". 20th Century Fox would also produce original content for the NTA network. The film network effort would fail after a few years, but 20th Century Fox continued to dabble in television through its production arm, TCF Television Productions, producing series (such as Perry Mason) for the three major broadcast television networks (ABC, NBC and CBS).

As of 2015, Fox currently provides 19 hours of regularly scheduled network programming each week. The network provides fifteen hours of prime time programming to its owned-and-operated and affiliated stations on Monday through Saturdays from 8:00 to 10:00 p.m. and Sundays from 7:00 to 10:00 p.m. (all times Eastern and Pacific). An hour of late night programming is also offered on Saturdays from 11:00 p.m. to 12:00 a.m. Eastern and Pacific Time, as part of the Animation Domination High-Def block (though scheduling for that hour varies depending on the market due to late local newscasts airing in the traditional 11:00/10:00 p.m. timeslot on some Fox stations). Weekend daytime programming consists of the paid programming block Weekend Marketplace (airing Saturdays from 10:00 a.m. to 12:00 p.m., although the block is not carried by all affiliates and in some areas, is offered to another station in the market), and the hour-long Sunday morning political discussion show ? and the network´s only regular national news program ? Fox News Sunday with Chris Wallace (airing from 9:00 to 10:00 a.m. Eastern and Pacific, although the timeslot also varies by market due to local news or public affairs programming).

Sports programming is also provided; usually on weekends (albeit not every weekend year-round), and most commonly airing between 11:00 and 4:00 or as late as 8:00 p.m. on Sundays (often airing for longer hours during football season, slightly less during NASCAR season); 3:00 and 7:00 p.m. (during baseball and college football season) or as early as 12:00 p.m. (during college basketball season) on Saturday afternoons; and during prime time on certain Saturday evenings. The Saturday prime time block ? if any sports programming is scheduled for a particular week on that night ? currently varies between occasional UFC events, Major League Baseball or NASCAR coverage in the late winter and early spring/summer, and college football coverage during the fall. Most of the network´s prime time programming is produced by a production company owned by Fox´s corporate parent 21st Century Fox, usually 20th Century Fox Television or Fox Television Studios.