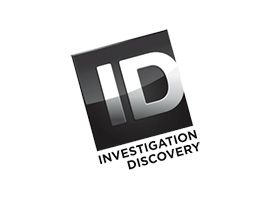 The channel launched between 1996 and 2002 under the name Discovery Civilization Network: The World History and Geography Channel. It was one of four digital networks rolled out by Discovery Communications simultaneously in October 1996. Plans for the channel had surfaced in November 1994, when its working name was "Time Traveler".

In April 2002, New York Times Television and Discovery Communications announced a joint venture to run the Discovery Civilization Channel. By then, it was available in 14 million households. The partnership aimed to complement the historical shows, with programming about current events and contemporary history. On March 25, 2003, the channel was rebranded as Discovery Times, focusing more on American culture and programming pertaining to the well-being and culture of the people of America, as well as other miscellaneous programming. The previous name was described as "is a little off-message" by executives. In April 2006, The New York Times sold its stake in Discovery Times back to Discovery Communications, ending its ownership in the channel.

Also in 2006, the network´s on-air identity was re-branded by creative studio Trollbäck + Company. On January 27, 2008, Discovery Times was renamed "Investigation Discovery". In addition to the television network, an Investigation Discovery website was also launched. Contributors to the website include crime writers David Lohr, Corey Mitchell, and Gary C. King.

The channel´s high definition simulcast is available on all major cable and satellite providers.

Most of ID´s programs are original productions, but it also airs re-titled off-network reruns, including NBC´s Dateline, ABC´s 20/20, and CBS´ 48 Hours.