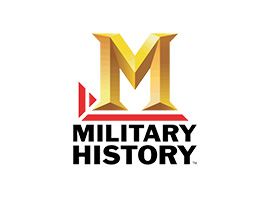 Military History is an American digital cable and satellite television network that is owned by A+E Networks, a joint venture between the Disney?ABC Television Group subsidiary of The Walt Disney Company and the Hearst Corporation (which each own 50%). The channel features programs about the history of the military and significant combat events.

The channel was launched on January 5, 2005, as Military History Channel, serving as a spin-off of The History Channel (now History). Like its parent network, the channel dropped the word "Channel" from its name on March 20, 2008.
Programming

Military History features programs that focus on historical battles and wars, as well as programs that profile key individuals such as generals, soldiers and spies. It also airs documentaries and series that provide insight into how these wars were fought and the lives of those who served in them. Much of its programming focuses on World War II; this same type of programming had earned The History Channel the appellation "The Hitler Channel" up until the transfer of these programs to Military History.

In addition to its carriage in the United States, the channel had previously been launched in the United Kingdom and Republic of Ireland on March 31, 1999. On March 20, 2010, Military History was added to Virgin Media on channel 236.

Military History was replaced by its sister network, H2, in those countries on May 4, 2013, on both Sky and Virgin Media in Military History´s former channel slots on both platforms.