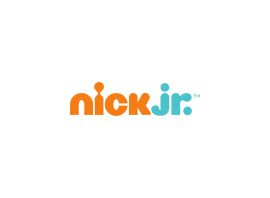 Nick Jr. is a digital cable and satellite television network aimed primarily at children between 2 and 7 years of age, featuring a mix of current and some former preschool-oriented programs from Nickelodeon, and original series exclusive to the channel; it originally launched on February 2, 1999 as Noggin, a joint venture between MTV Networks and the Children´s Television Workshop (now Sesame Workshop), the latter of which sold its stake to Viacom in 2002.

On September 28, 2009, the network was relaunched as Nick Jr., named after the former preschool program block of the same name that aired on Nickelodeon from January 1988 to February 2009. The network debuted Nickmom, a four-hour nightly program block aimed at mothers in September 2012, which was controversial at its start due to its more lenient content standards (including some profanity, crude humor and suggestive references) than what is otherwise permitted on Nick Jr., particularly as the network operates a singular Eastern Time Zone feed, which results in the Nickmom block airing at the same time in all six U.S. time zones (being broadcast as early as 5:00 p.m. in the Hawaii?Aleutian Time Zone).

While traditional advertising appears on the channel during the Nickmom block, the network otherwise only runs programming promotions and underwriter-style sponsorships in lieu of regular commercials.