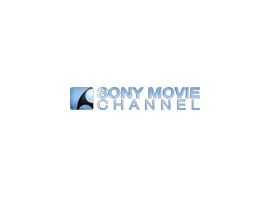 Sony Movie Channel is the first U.S. television network from Sony Pictures Entertainment created specifically for the Hollywood movie fan, offering uncut and uncensored movies in HD. Programming is selected from more than 3,500 Sony Pictures films, which collectively have received 184 Academy Awards including 12 for Best Picture.

Sony Movie Channel is an American television channel that was launched on October 1, 2010. Owned by the Sony Pictures Television subsidiary of Sony Corporation, its programming consists entirely of films from the Sony Pictures Entertainment library (including content from Columbia Pictures, TriStar Pictures and Sony Pictures Classics among others), which are broadcast unedited, and remastered in 1080i high definition. It is the only television channel in the United States run by Sony Corporation that is wholly owned by the company.

Sony Movie Channel is available nationally on DirecTV and Dish Network, and regionally on AT&T U-Verse and Verizon FiOS. DirecTV and Dish Network also offer "Sony Movie Channel Everywhere", which allows viewers to watch its movies through its website for no additional cost. The channel is also available through streaming for owners of the Sony Network Media Player and on Redbox Instant By Verizon for paying subscribers.

The channel was made available outside of the US for the first time on Sky in the United Kingdom and Ireland on May 3, 2012. While it is only available in standard-definition, it is accompanied by a one-hour timeshift channel. The channel also airs the Animax block every Monday night.