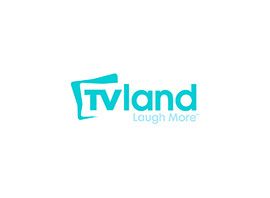 TV Land is an American basic cable and satellite television channel that is owned by Viacom Music and Entertainment Group, a unit of the Viacom Media Networks division of Viacom. Originally consisting exclusively of classic television shows, the channel now airs a combination of recent and classic television series (ranging from the 1960s to the 2000s), original scripted series, and limited theatrically released movies. The network is headquartered at One Astor Plaza in New York City.
TV Land launched on April 29, 1996, as a 24-hour offshoot of Nickelodeon´s successful nighttime classic television block Nick at Nite, which debuted in July 1985. Until the end of 1996, it was branded as Nick at Nite´s TV Land to provide reassurance to new viewers of who was behind the channel. The network initially featured a mix of a classic and short-lived television series from the 1950s through the 1980s ? many of which came from the Paramount Television library, which was owned at the time by network parent Viacom as a result of its 1994 purchase of Paramount Pictures (Paramount´s programming library is now owned by CBS Corporation through CBS Television Distribution) ? including situation comedies, dramas and variety series. The phrase "TV Land" was originally coined on the 1960s animated series The Rocky and Bullwinkle Show,[citation needed] in which Bullwinkle often introduced his "Bullwinkle´s Corner" segments with the greeting, "Hello out there in TV Land!"; a soundbite of Bullwinkle´s phrase was occasionally used in TV Land´s on-air promotions. The phrase was then used by Nick at Nite in the 1980s as the name of the fictional place where the channel received its classic programming block, and was utilized in slogans such as "Nick at Nite: Hello Out There From TV Land!" for much of that decade. However, Nick at Nite quit using the term in its own branding campaigns in September 1997, seventeen months after the TV Land network launched, in order to prevent viewers from confusing the two separate channels.

TV Land´s programming originally focused on series (both filmed in black and white and color) from the 1950s to the early 1980s. During its early years, the channel´s lineup prominently featured variety series and dramas. Many of its charter shows such as The Sonny and Cher Comedy Hour and The Ed Sullivan Show were dropped from the lineup by the late 1990s (one early series that aired in reruns on the network, The Flip Wilson Show, however ran on TV Land until 2004). It also ran many sitcoms from the 1960s and 1970s, particularly series from Filmways that were produced prior to the rural purge of the late 1960s. Early on, TV Land would often air weekend marathons that were devoted to a single program (the channel continues to air marathons, occasionally in the form of catch-up marathons of its original series, as well as on marathons of certain series on certain holidays). Since the network´s inception, westerns (such as Gunsmoke and Bonanza among others) have also been a prominent part of the lineup.

The channel also aired classic commercials during its breaks for several years, under the banner "TV Land Retromercials" (incidentally during its early years, TV Land did not air recent advertisements for products in existence at that point). Among those featured were Alka-Seltzer´s "Mamma mia, that´s a spicy meatball!", Dannon´s "In Soviet Georgia", and the animated Tootsie Pop ad (in which a young boy asks "how many licks" it takes to get to the center of one; incidentally, that commercial was at the time, and still is, being used for regular advertising of the Tootsie Pop). Some of these "retromercials" included early roles of celebrities such as Judd Hirsch, Rene Russo, Roy Scheider and Jodie Foster. Interspersed with the classic commercials were fictional retro-style commercials for various substances, almost always using the brand "Twip". These, along with the classic commercials, were dropped by 2004. The network also ran segments of CBS News´ In the News from the 1970s and 1980s during breaks.

From 1996 to 1998, the channel ran a series of original shorts called "Sixty Second Sitcoms", minute-long parodies of sitcoms from various eras which also contained fake opening and end credits, and concluded with a "This has been a TV Land Presentation" vanity card. Among the parodies included in the shorts were The Gaveltons (a black and white segment based on Father Knows Best-type comedies, concerning a family that uses the law to solve typical sitcom problems) and Spin & Cutter (a parody of Perfect Strangers-style 1970s and 1980s buddy comedies that featured characters saying lines such as "What could possibly be worse than this?", followed by a spin wipe that cuts to a scene featuring another added element and the other character saying "You had to ask, didn´t you?"). Each of the series had several segments and alternated with the retromercials.

When a program deemed particularly important was airing on another network ? such as the series finales of Friends in 2004 and Everybody Loves Raymond in 2005, TV Land aired filler programming that was nonsensical in nature (such as footage of staff members holding signs or wearing T-shirts) to encourage viewers to watch the network program. Similarly, the network went dark during the 1998 series finale of Seinfeld.

In November 2014, amid growing allegations of sexual assault against Bill Cosby, the network announced that it was removing reruns of The Cosby Show from its lineup, and deleted all references of the series from its website; a marathon of episodes from the series that had been scheduled for Thanksgiving was also cancelled. In its place was the network´s first ever game show acquisition, a collection of episodes from the current Steve Harvey run of Family Feud.

As of February 2015, TV Land is available to approximately 92.5 million pay television households (79.5% of households with at least one television set) in the United States.